​HOW NEXT 20 YEARS WILL CHANGE EVERYTHING! 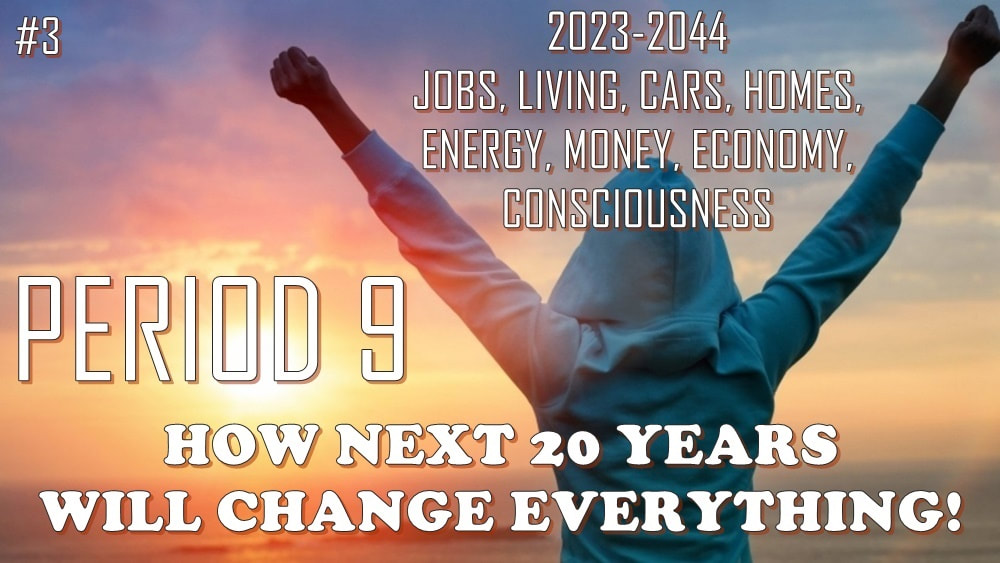 ALL COURSE 1 SUBSCRIBERS & INDIVIDUAL WORKSHOP BUYERS
get lifetime access to their purchased content!
Please bookmark or save url of this page for continued access!
Any trouble accessing this or any other workshop pages you signed up for,
email us via Contact and we'll send your direct link to you! Usual response within 24-48 hours, weekend may take longer!
When contacting us, please provide a proof of purchase!

Complete WORKSHOP 3 is fully available for access and viewing!

The Age of the Phoenix

The final Period 9 of this 180-Year Cycle coincides with the growing advent
of the Galactic Dawn of the new Age of Aquarius.

And it heralds the 2000-year Earth Shift on planet Earth!

Period 9 is the 20-Year Age of the Phoenix, the beautiful Firebird that bursts into flames and is reborn to a new cycle of life, even more beautiful than before! It is the Period of Death and Rebirth to something new and better, and as such,
it'll serve as a crucial rebalancer,
destroying the old that doesn't serve and birthing the new, demanded by the times!

During Period 9 everything will feel different!
Nobody alive today has ever experienced the energy of Period 9!
The last time it was upon us, it was the year 1844!
The world has changed a lot since then, but the energy of fire, the energy of the prominent, passionate and fast change is the same!

East vs. West Groups:
All of us alive today, with very few exceptions, only lived during the four consecutive periods of the West Group, signifying Periods 5, 6, 7 and 8, from 1944 till 2024!
That's 80 years of the WESTERN DOMINANCE!

With Period 9 in 2024-44, and the following Period 1,
the 40-year cycle of the EAST GROUP BEGINS!
We have no living concept of what the East Group periods, with the dominance of a completely different energy and different people, feel like!

The next 40 years will change everything, as the Earth Shift and Great Rebalancing take root and become commonplace, despite the resistance of the West!

This 40-year span will change perceptions, lifestyles, views, fashions, politics and economy!
It will turn upside down many previously held values and norms,
it'll bring to the fore new leaders, teachers and visionaries!

It is the time when Russia the Great Balancer will lead the world,
and when different than before countries and leaders come forward,
shaping up the new rules for the New Earth!

In the next 40 years different ways of doing business, saving and spending,
living and working will emerge.
The dollar-based Western financial and economic system will crumble.

This time, the people of the EAST GROUP,
who were often overlooked and neglected, will lead the way!

​1
​
SPACE-TIME CONTINUUM
& HOW WE LIVE ACCORDING TO THE 6-7D FENG SHUI CONSTRUCT!
**Video - Face Time with Lada
​
Feng Shui is so much more than the so-called 'art of placement'
What is Temporal Feng Shui
Micro vs. Macro Feng Shui
What is Personal Feng Shui
What is Planetary Feng Shui
What is The Big Periods System (proprietary Lada Ray term)​
​
​2
​
FENG SHUI SYSTEM OF 5 ELEMENTS & 8-DIRECTION BLESSINGS​
**Video screen share - 5 Elements & 8 Directions charts (bonus section 1)

How it works & why it's important!

THE MATRIX: SYSTEMS DESIGNED TO PROTECT vs CONFINE​

Our past, present & future confirmed by Lada Ray's System of Big Periods
First time ever: All 9 Periods analyzed
Major historic events that defined each of the past Periods
How it'll reflect in the future & why it's important to understand it

("180-Year Cycle" and "Big Periods" or "The System of Big Periods" are proprietary Lada Ray terms!)

How to find best places to live and what criteria to use!
Which areas of the world and your country to avoid, and why!
How to make the best of your life right where you are: Lada's personal advice!
​
​7

HOW EVERYTHING CHANGES DURING PERIOD 9

**My kitty Zaya Fluff (or Fluffy for short) makes an unexpected appearance! :)
​(Zaya is one of Russian words for 'bunny')
Also a trend! As people work more from home, various unforeseen interruptions - in this case, pleasant -
on the set and workspace become a norm. ;)
​
VIDEO PART 1
VIDEO PART 2
​9
​
FINANCIAL & INVESTMENT PREDICTIONS 2023-2044!
**Video - Face Time with Lada

Best investing in your soul, consciousness & karma release
Period 9 is about so much more than investing for money:
INVESTING IN YOUR PERSONAL DEVELOPMENT AND COSMIC CONSCIOUSNESS BECOMES PARAMOUNT!
INVESTING IN HEALING AND RELEASING KARMA!
Examples of very low karma
Why some get rich and others don't

HOW TO SIGN UP - DATES & DETAILS!
How to take part, ask questions, etc.
Case study - 1 or 2 people will win 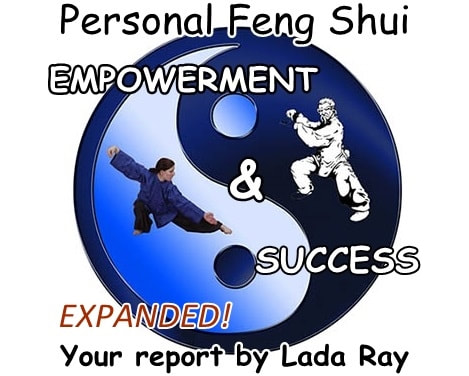 Who are the East Group people? Who are the West Group people? And how to find out which group you are?
I can calculate it based on your date of birth and Personal Luck (KUA) Number as part of my PERSONAL FENG SHUI ​EMPOWERMENT & SUCCESS REPORT!

​Some of you have ordered this very useful report in the past! Please dust it off! It's a very good idea to have it handy! It'll help you rediscover who you are and it'll aid you in following his workshop, where you'll discover even more! ​You'll understand in more depth what we talk about, and you'll learn additional things about how to best benefit from your report!
​
​Including:
**If you haven't, you can always read the full description and order your report HERE!
This report contains YOUR personalized:
1. Success (KUA) No. (from 1 to 9)
2. Your Group (East or West)
3. Complete Luck Chart of your 4 success, wealth, health, love/relationships and personal growth directions, colors, elements, shapes
4. Complete Chart of your unlucky directions - those to avoid
Altogether about 50+ pages (varies by person) of valuable info, advice and images, such as the crash course in Feng Shui, pictures/ images of recommended cures and energizers, as well as extensive recommendations for your personal success/money, love, health and personal development directions, clothes, colors, crystals, home, garden and car, as well as your sleeping, sitting, working, dining, interviewing positions and locations, etc.
Price $88, completion time about 3-4 weeks.

AND HERE'S SOME REALLY GREAT NEWS! If you don't want the full report,
as a special for Corse 1 and this workshop, you can now order
My NEW FENG SHUI REPORT LITE!
As part of it, I'll calculate and send to you via email the following data:
1. Your personal Success (KUA) No.
2. Your Group (East or West)
3. Complete Luck Chart of your 4 success, wealth, health, love/relationships and personal growth directions, colors, elements, shapes
4. Complete Chart of your unlucky directions
The LITE version will not contain all the bells and whistles of the full FENG SHUI ​EMPOWERMENT & SUCCESS REPORT, as described above! It won't have the feng shui crash course either. I suggest you view Video 3 where I give you a lot of tips, which will help you orient yourself! Based on that, you can decide if this is for you or you need the full report!

The LITE will just be a pure set of charts and numbers (view my report example in Video 3, to see what it entails and what it looks like)! The info you'll get in LITE report is very compact, unlike the full report, but the CHARTS you'll get are the most valuable part of the report!

**To create the LITE version for you I need the same info as required for the full report! This means: Full name, gender and date of birth, plus email (I don't need the time of birth or any other info, please don't send anything else!)
Just email me your info and say that you want to order the NEW FENG SHUI REPORT LITE! I'll send you an invoice.
Price $39 and the completion timeframe is about 2-3 weeks - a little shorter than the full report. 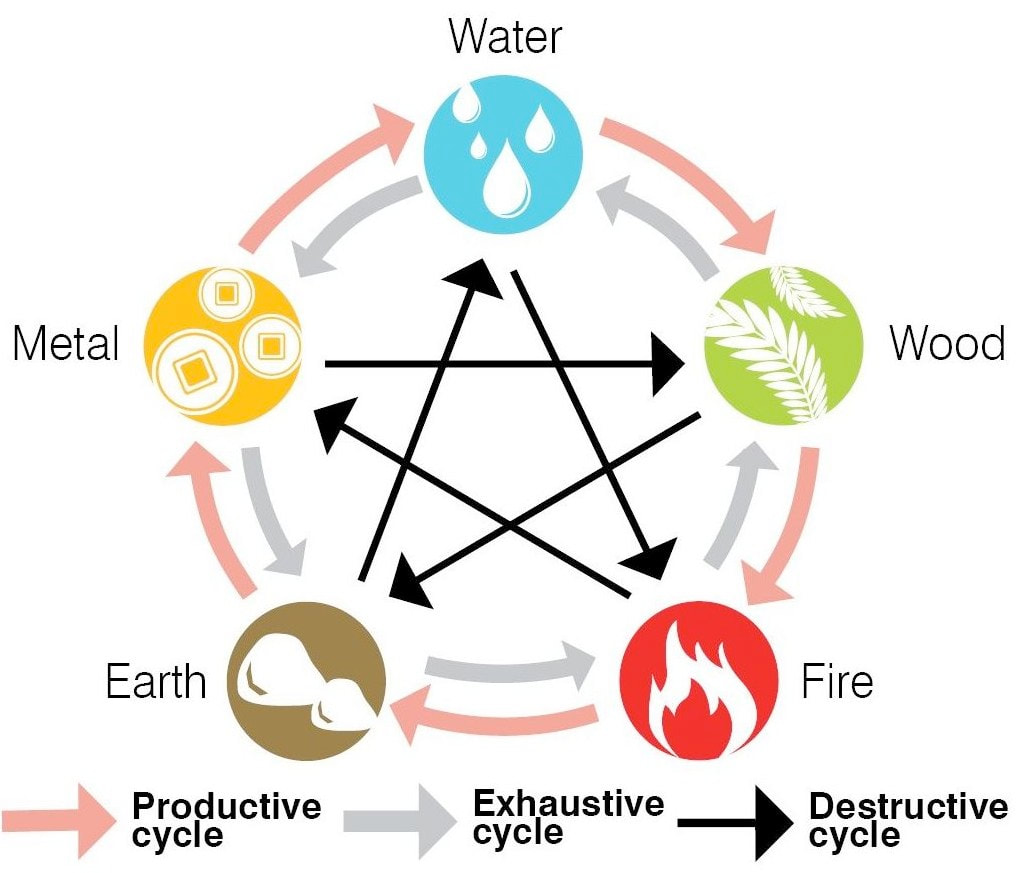 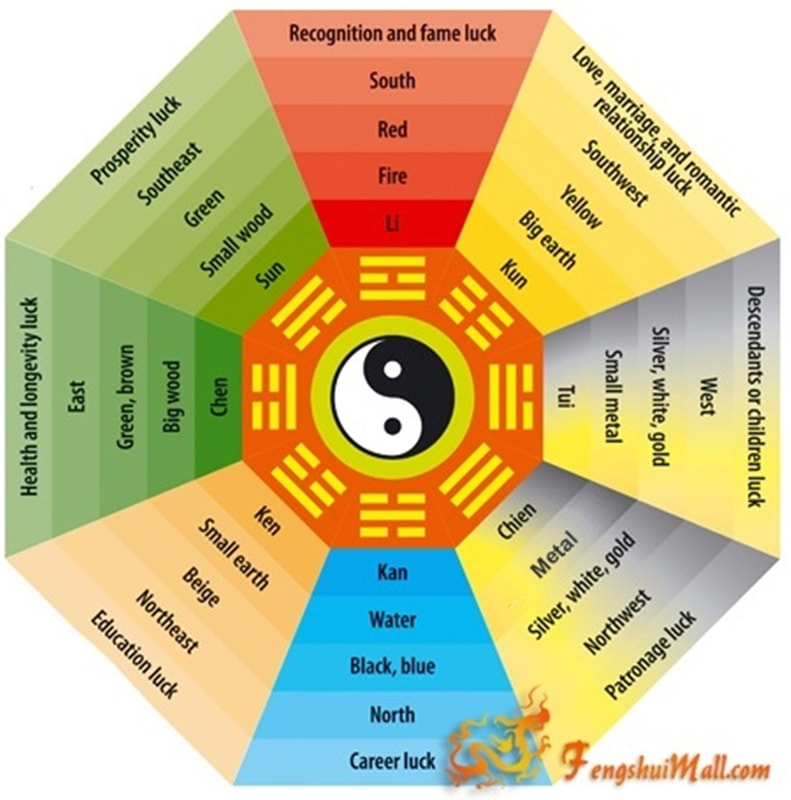 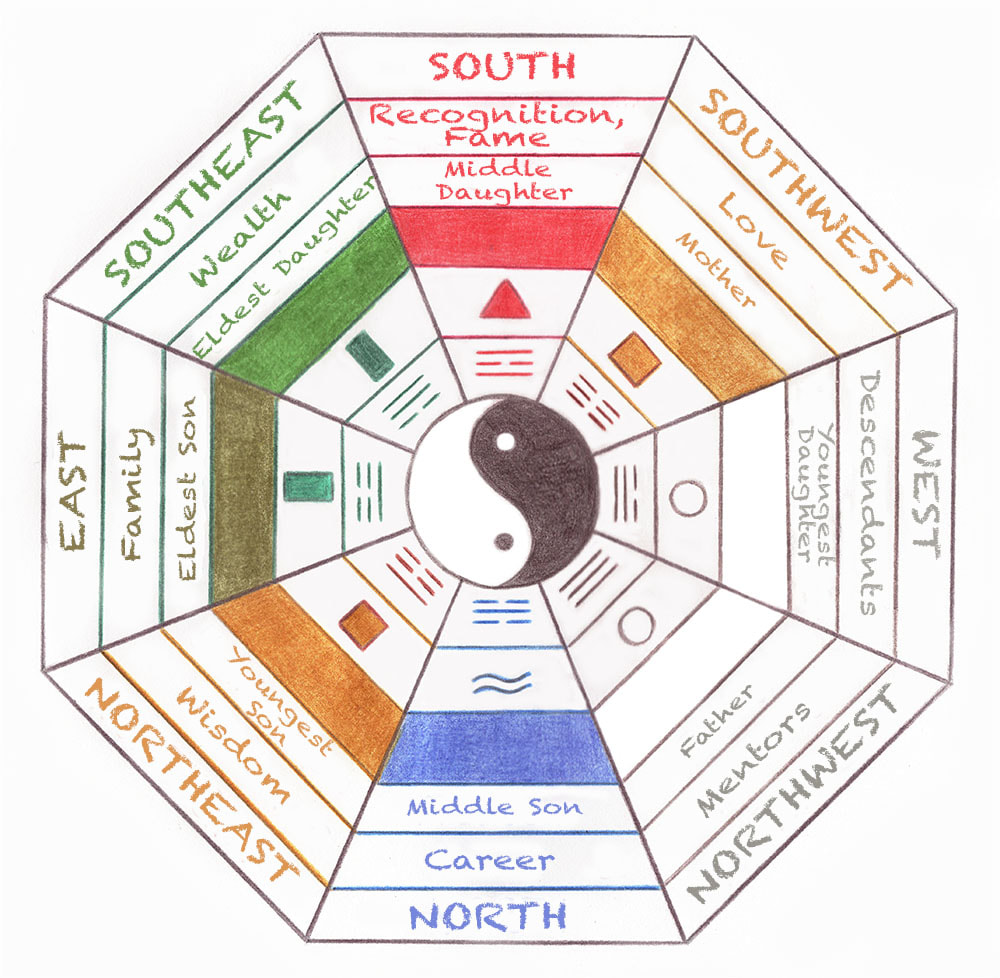 EUROPE
RUSSIA
**Incidentally, serfdom was brought to Russia from the West and Poland! It did not exist before Peter I (The Great) brought the idea from his Western journey, and before Ukraine and Poland became a part of Russia.

2. States of the South secede and form confederacy! SOUTH SECEDES & DECLARES ITS OWN STATE DURING PERIOD 9!
The Confederacy was formed on February 8, 1861, by seven slave states seceding first: South Carolina, Mississippi, Florida, Alabama, Georgia, Louisiana, and Texas. South Carolina was first to secede in December 1860.

The Confederate States of America (CSA), or simply the Confederacy, was an unrecognized breakaway[1] republic in North America that existed from February 8, 1861, to May 9, 1865.[6] The Confederacy comprised U.S. states that declared secession and warred against the United States (the Union) during the American Civil War.[6][7] Eleven U.S. states, nicknamed Dixie, declared secession and formed the main part of the CSA. They were South Carolina, Mississippi, Florida, Alabama, Georgia, Louisiana, Texas, Virginia, Arkansas, Tennessee, and North Carolina. Kentucky and Missouri also had declarations of secession and full representation in the Confederate Congress during their Union army occupation.

3. American Civil War between north and south April 12, 1861 – April 9, 1865  - The WAR WAS WON BY THE NORTH DURING PERIOD 1 (North-dominant period)!
It was fought between the United States (the Union or "the North"), and the Confederacy ("the South"), which was formed by states that seceded.

4. During Period 9 (south, sun, recognition):
Slaves freed in the US, in other words, the rights of the people who were black and from Africa, aka, SOUTH, have been finally recognized!
President Abraham Lincoln issued the Emancipation Proclamation on January 1, 1863, as the nation approached its third year of bloody civil war. The proclamation declared "that all persons held as slaves" within the rebellious states "are, and henceforward shall be free."

PERIOD 2 1884-1904
Many great literary works created in Russia and Europe
The film revolution, many scientific inventions made between Periods 1 and 3!

**At the same time between Periods 3 and 4, many great literary works created, a revolution in the theater, film (sound added), art, dance and music.

THIS 180-YEAR CYCLE continues! On our living memory:

All Periods officially start on February 4 of the first year, according to the Solar Chinese Calendar (the date of the beginning of each Feng Shui Year! Not to be confused with the Chinese Moon New Year, celebrated every time on different dates!)

Each Period begins slowly, and we see some signs and hints of how it'll evolve 1-3 years even before it starts! In 2021 and 2022 we are already seeing signs how Period 9 will manifest!


IMPORTANT! If history is any indication!

**1848 WAS A PIVOTAL YEAR OF PREVIOUS PERIOD 9!
Many events happened, specifically, a number of seditions and revolutions in EUROPE! Italy and Germany were for the first time formed as real, unified states during past Periods 9 and 1!
You may be surprised to find out that many countries in Europe (and elsewhere) actually did not exist in present form before 19th century, some did not exist until much later! And they are the ones who try to dictate to others how to live!)

This year correlates with the Year 2028 in this Period 9 cycle!

What happens this time around?...

PREDICTIONS IN THE VIDEOS ABOVE!

​
​​
​COPYRIGHT LADA RAY, September 25 - October 3, 2022. ALL RIGHTS RESERVED.
​No sharing of links or content of this workshop page, of any videos, bonuses, graphs or texts posted here!
​No reposting, reprinting, multiplying or reselling!
​Private personal use only!